In just a week, three American tourists died at the same hotel

You disliked this video. Thanks for the feedback!

Added 1 year ago by vindheim
32 Views
1. In just a week, three American tourists died at the same hotel

You might have heard about this Maryland couple who were found dead in a hotel room at a resort in the Dominican Republic. Well now, we’ve learned another woman from Pennsylvania died at the same hotel just days before. Police say all three died of respiratory failure and fluid in their lungs. The hotel says there were no signs of violence and they’re collaborating with investigators.

2. Lawmakers learned this week that the FBI has access to databases with 641 million pictures of us

Now, lawmakers say it’s time to clean up how agencies like the FBU use facial recognition technology. Those databases have things like passport photos and driver’s license pictures. FBI agents can search those databases with a picture of an unknown person to figure out who they are. The FBI says they only use it to identify potential criminals, but opponents say it violates privacy and isn’t always accurate.

3. For the longest time, white meat was seen as a healthier alternative to red meat

According to a new study, that’s not necessarily true. The study published in “The American Journal of Clinical Nutrition” says both types of meat have the same effects on your cholesterol levels. It also found plant-based proteins are the healthiest for cholesterol levels.

That’s according to Forbes Magazine, which estimates she’s worth $600 million. Her beauty brand Fenty raked in an estimated $570 million last year alone.

5. It’s been a weird week for personal hygiene products

First, Charmin released this giant toilet paper “Forever Roll” meant for millennials who live alone and have limited storage space. Now, Microsoft has debuted this Xbox body wash and deodorant line. As one person on Twitter put it, “Nobody asked for this.”
Commenting disabled.

In just a week, three American tourists died at the same hotel 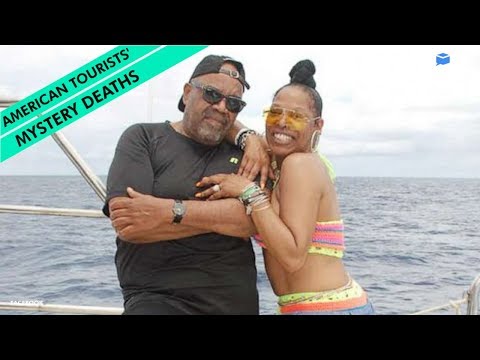 1. In just a week, three American tourists died at the same hotel You might have heard about this Maryland couple who were found dead in a hotel room ...